Bautahøj is built in an area that is teeming with history. Not only will you feel the passage of history as you head into the Fjord country of North Zeeland and find Bautahøj’s impressive buildings shrouded in the Nordskoven woodland, but you will also find two listed burial mounds, which are 4,500 years old. It is probably one of these that gave Bautahøj it’s name.

If you go for a woodland walk in Nordskoven, you will experience the Three Oaks, which are the oldest in Europe. The Royal Oak, Kongeegen, is actually the biggest and oldest oak in Europe.

1904: The history of Bautahøj itself began in 1904. Initially, the house was used as a summer home by painter Wenzel Tornøe and his family. Bautahøj was then taken over by architect Holger Tornøe, who used it as a private residence.

1914: In 1914, Bautahøj became the Bautahøj bathing and leisure summer guest house, and was also known as Hornsved bathing and spa.

1955 – 1984: During this period, Bautahøj was owned by BP Oil Company, who used it as a holiday and training course centre. The SAS Pilot and Navigator Pension Fund then bought it and began to use Bautahøj as a training centre and as a hotel.

Currently, Bautahøj is part of WingHotels – made for change and is owned by the SAS Pilot and Navigator Pension Fund. Here, we support your ambitions for change, development and progress.

We provide you with inspiration so you can think big. We give you the peace to reflect. We also support you in your ambition to leave a permanent trace and ensure a complete result for you and your organisation. 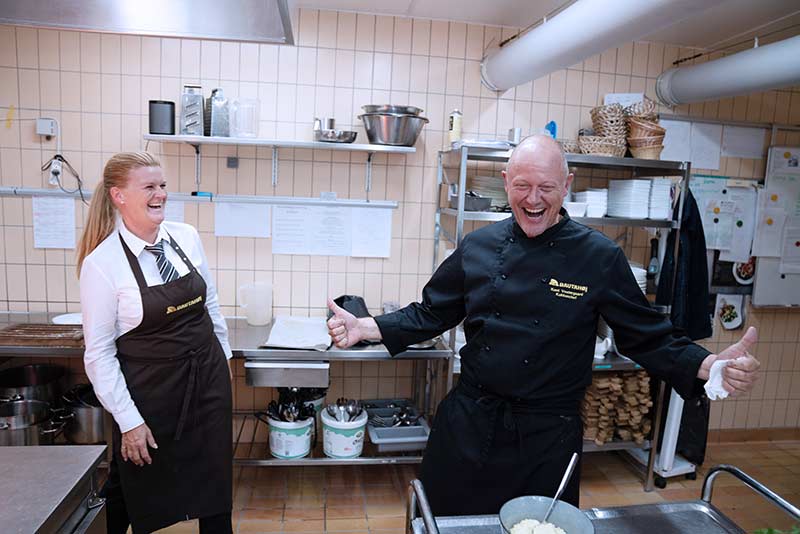